Celebrating mothers, daughters and tea enthusiasts of all kinds! 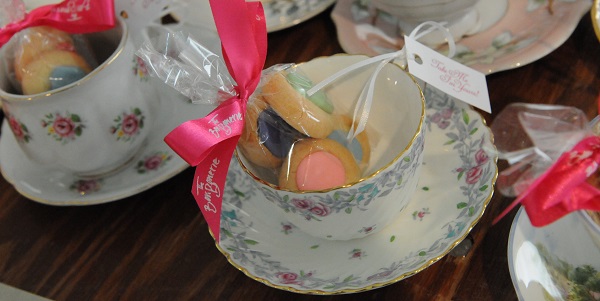 Enjoy an American twist on the old English classic tea, A Southern Afternoon Tea, specially presented by Goldsmith Cardel. This will be an elegant yet child-friendly tea, and we encourage tea lovers of all ages to attend and partake in a very special afternoon of tea and special treats.

Enjoy a charming afternoon tea amidst the breathtaking setting of the Flower Show gardens. The renowned BonBonerie Fine Pasteries and Elmwood Inn Fine Teas are coming together to serve a charming Southern Afternoon Tea in the lovely Flower Show Gardens -combining The BonBonerie’s Famous Tea Lunch and Elmwood Inn’s outstanding tea selections into one very special afternoon. It will be elegant and delightful…..and absolutely delicious. It will be a wonderful opportunity to share a cherished Cincinnati tradition with the special people in your life – mothers and daughters, sisters and friends, young and old, ladies and gentlemen – in a beautiful location on the banks of the Ohio River.  So don your finest tea party wear, grab your hats, and join the fun!

Ticket price includes admission to the Flower Show all day.

Please feel free to send a note indicating who you would like seated at your table.

Specially Presented by Our Platinum Sponsor 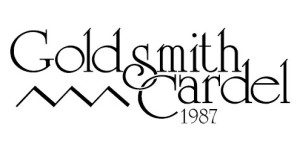 Awarded to: Petra Simon-Crhak and Dave Gamstetter, City of Munich & The Cincinnati Park Board

Title: The Garden of the Future…Today

Title: Give Bees a Chance

The Horticulture Magazine Award and

Title: Have Balloon Will Travel

Title: Around the World in Eighty Plants

Title: Arabian Spice: The Colors of the Earth

To learn more about the Cincinnati Horticultural Society, 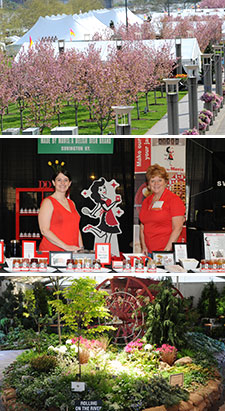